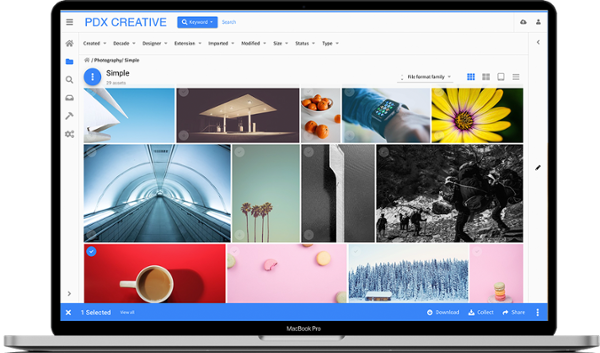 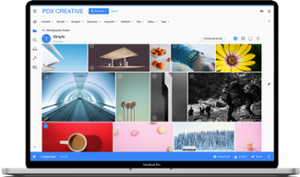 Seeking innovative ways to solve problems is in the DNA of SFMOMA, the San Francisco Museum of Modern Art , says Marla Misunas, Collections Information Manager. Teams there are no strangers to working with software vendors to come up with innovative solutions.

“We always want more than anyone can do, or has done before,” says Misunas. “It’s the nature of modern art to have pieces that no one has cataloged or put into a database before.”

So when SFMOMA updated their Collections Management System (CMS) to Qi by Keepthinking, they wanted to “push the envelope” and improve how collections data and assets are managed. They had invested in detailed integrations between their previous CMS and their digital asset management system (NetX), but they wanted to take the functionality a step further.

Previously, when the imaging team photographed a new acquisition, they would upload the images into NetX. Then, the previous CMS team would manually download that image, resize it, and upload it to the CMS. If an image got updated in one place, that update had to be manually pushed to the other system.

NetX and Keepthinking worked together to streamline the process and improve the integration between the two platforms, both of which have native REST APIs. Now, SFMOMA’s team simply flags new images in NetX, and Qi automatically pulls a proxy image directly from NetX and connects it to the correct CMS records (for artworks, artists and exhibitions).

Previously, NetX has used its Data Source Sync (DSS) to pull metadata from SFMOMA’s old CMS into the relevant metadata fields in NetX. In order to achieve the integration SFMOMA was asking for, teams from NetX and Keepthinking worked together to use NetX’s API and the Qi’s API to pull data back into Qi, as well.

In Qi, a record may have multiple digital assets associated with one set of metadata, whereas in NetX, each digital asset has its own set of metadata. The integration between the two systems allows each one of them to be the single source of truth for a specific type of metadata, while minimizing the amount of time SFMOMA’s team spends updating information and weeding through duplicate files.

“Early on in the process, we realized the two systems were very complimentary,” says Cristiano Bianchi, director of Keepthinking. “Qi is about metadata and processes, whilst NetX is about digital assets: combining their workflows was an obvious and easy thing to do.”

For SFMOMA, Qi is the source of truth for everything related to the artworks, such as title, artist, dimensions, medium, locations, valuations and credit line. NetX is the source of truth for data that is more specific to the images themselves, such as photographer, resource type, usage restrictions, and the type of image view it is (such as primary view or reference image).

“We try to make sure there’s a very clean delineation between the type of metadata that’s gathered in NetX versus in Qi,” says Weisberg.

While the integration for SFMOMA was the result of both software vendors undertaking a special project, the stage is now set for NetX and Qi to work together seamlessly for other museums who want more functionality between their DAM and CMS.

“NetX and Qi were both really great partners throughout the process,” says Weisberg.

Misunas agrees. “They were both very enthusiastic when it comes to new things we want to do,” she says.

Throughout the years, NetX has used its Data Source Sync (DSS) tool to pull data from various Collections Management Systems and map it to fields in the NetX DAM. More often than not, museums make the request to have their CMS pull images from NetX to update their collections records. While possible, this has historically required museums to have a team available to integrate with NetX's API. But with Qi, pulling images and roundtrip sync of data has been made seamless through a complete integration, using the two platforms’ APIs. To learn more, schedule a call with NetX DAM specialist.

Previous Story
← A DAM Game of Go
Next Story
DAM vs Box: Benefits of Choosing a Digital Asset Management System →