A DAM Game of Go

Shortly before Oregon's shelter-in-place order due to Covid-19, a few of us dropped by the NetX office to grab laptops and supplies, ready to hunker down. Two of our developers — Nick and Jason — found themselves in a serious dilemma — the game of Go they'd been playing for several months would reach a sudden end.

For those of you that aren't familiar, Go is an abstract strategy board game, a bit akin to Chess. The game was invented more than 2,500 years ago, and is believed to be the oldest continuously played board game. Despite its relatively simple rules, Go is very complex. In fact, it took computer machine learning almost 20 years longer to beat the best Go player compared to when it beat the world’s best Chess player.

Unwilling to call it quits, our developers began thinking up ways to move the game online. Suddenly, Nick had an epiphany — maybe they could play Go with NetX DAM! We're no stranger to "dogfooding", tech slang for using your own products. It's a great way to find glitches and stay connected to the user experience. From brand management to software delivery, NetX is powered by NetX. Why not use it for gaming?

They took a picture of the physical game board and made it an editable asset in Adobe Illustrator, thus creating a digital Go board. Next, they uploaded that image into the NetX DAM. To play the game, they open Illustrator and use NetX's Adobe CC Panel to access the image, right from the DAM.

Below: Nick’s turn — he checks out the image into Illustrator; the red circle outline indicates Jason’s last move: 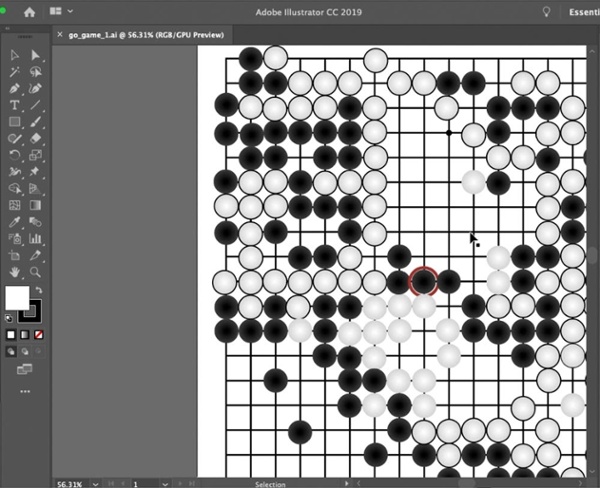 Below: Nick makes his move, placing his white piece and the RED signifier circle at a new spot.

Below: Nick checks the image into NetX. Jason gets notified, and can see the move circled in RED: 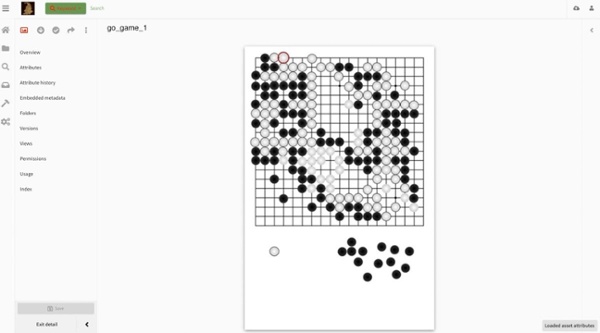 Below: The version history is recorded, so each move in the game is visually recorded. Voila — a physical game of Go, continued remotely. 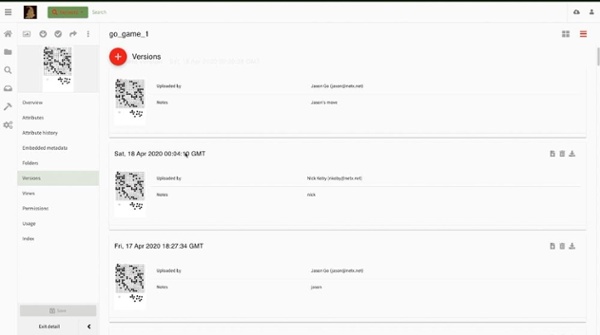